CREDITS: This article was first published in by ORDRE, and AgencyChina gratefully acknowledges permission to post it here. 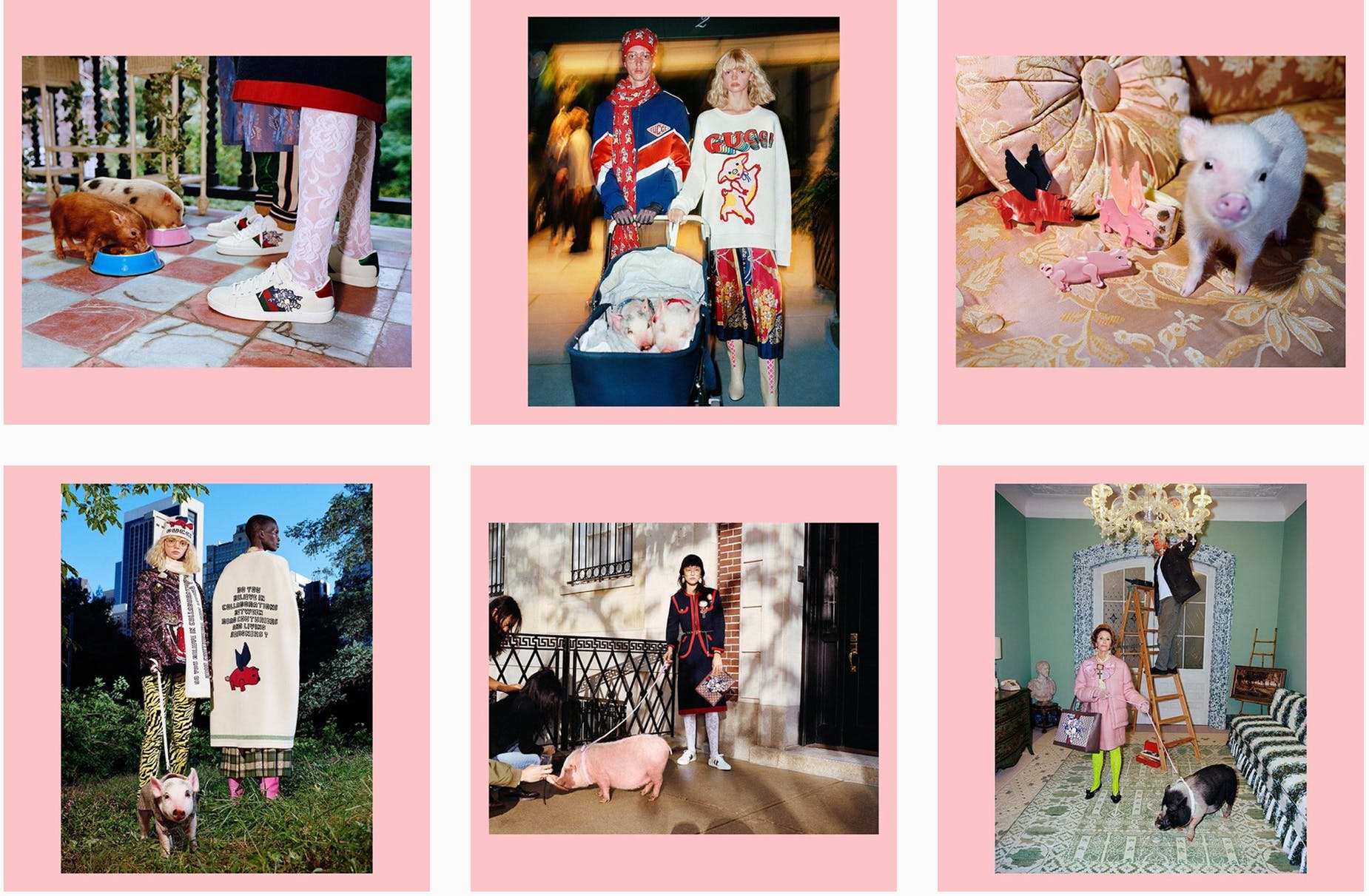 Over the past decade, the growing importance of affluent Chinese consumers has transitioned from notable footnote in the retail sector to a major driving force shaping the luxury fashion industry. Before the next decade is over, Chinese consumers are expected to account for 44% of the total global spend on luxury; in real figures this equates to $150 billion annually out of the projected overall $400 billion (according to McKinsey & Company in Chinese Luxury Consumers: The 1 trillion renminbi opportunity, 2017).

The top luxury industry players are now in no doubt about where consumer power lies – the question is whether they are able to fully understand it. Recent events would suggest not: Dolce & Gabbana, Balenciaga and Burberry have all radically misjudged how to navigate cultural nuance on the mainland. “Over the past few years, the pressure to be original in China has been building,” explains Claudia Verbost, managing director of AgencyChina, a sales and marketing company based in Europe and China. “While some brands have thrived under that pressure, others have unfortunately not. This results in very different Chinese New Year campaigns across the board.”

As companies across the world celebrate the year of the pig (from February 5th) AgencyChina’s Verbost goes through the CNY fashion campaigns explaining some winning Chinese New Year campaigns & a one loser.

With growth continuing at Gucci, the introduction of a Chinese New Year collection via a WeChat article, “The Gucci Pig Family,” is a genuine CNY success. This innovative promotion linked customers to a mini-program for purchasing associated paraphernalia which, according to Verbost, was particularly effective in establishing a relationship with a younger Chinese audience. 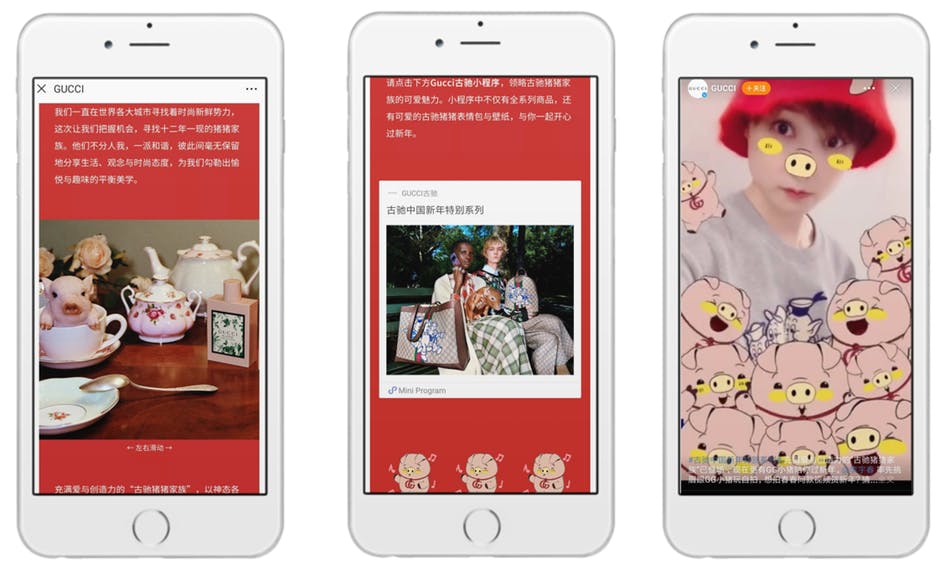 Verbost comments that, “This played up the cute idea of a pig used in collaboration with Disney. Also what makes this campaign stand out on social media is funny, downloadable stickers and on Weibo edited videos with KOLs. Interestingly though, the angle of the pig’s pose was referred to as “sexy” by some netizens. This is probably not something you’d expect to hear in Europe or the US, illustrating a difference in Chinese audience’s interpretations and campaigns should be made with that in mind.”

The only positive from Bulgari’s misjudged WeChat promotion was that it was short-lived. “This one attempted humour, but snowballed into a minefield by using a wordplay involving the Mandarin word for pig which is similar to the pronunciation of Jew in English,” Verbost observes. “It caused a stir among a good share of the Chinese Netizens. In today’s world, it is incredibly ill-advised to use cultural or religious references unless used authentically and in excellent and appropriate good taste. This was definitely a miss.” 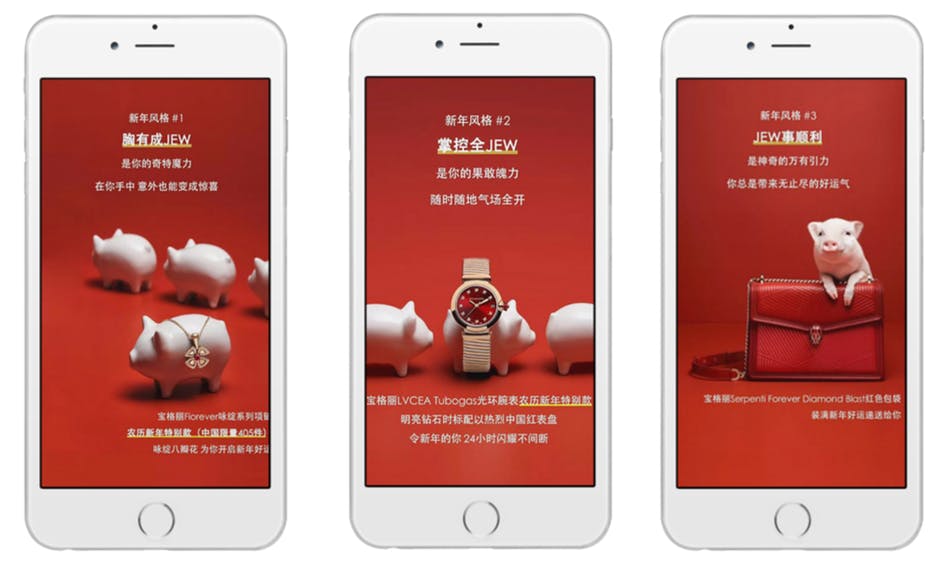 Dior’s campaign – another hit – was introduced across three WeChat posts which told the story of how the brand designed a new “Toile de Jouy” print in celebration of the Chinese Lunar New Year.

Verbost praises them for culturally sensitive attention to detail: “Across their posts, the brand explains that it’s inspired by the elegant French fabrics used for the interior of the very first Christian Dior Boutique. Here, they cleverly connected the design of red flowers and patterns to the happiness and wealth of Chinese Culture. A big win across a dedicated collection of bags, wallets, jewellery and sneakers.” 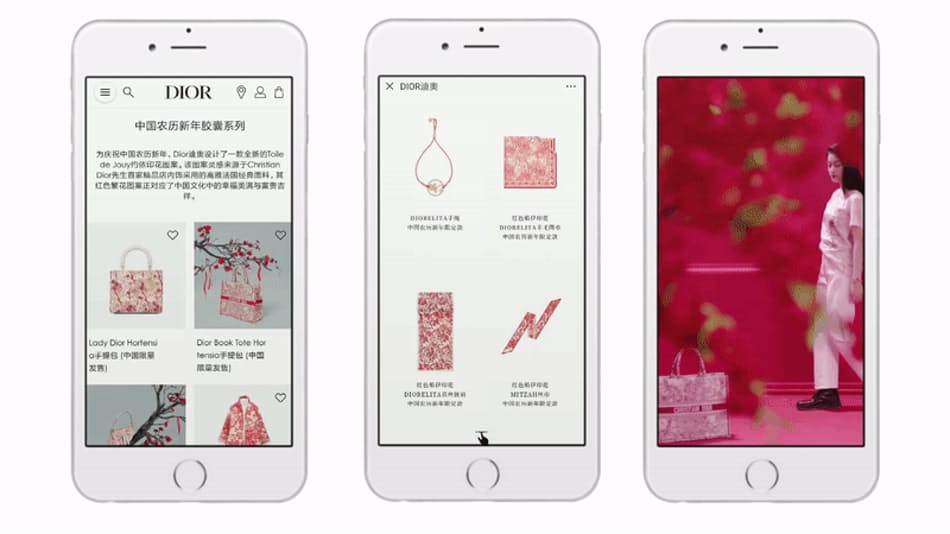 As most brands stuck to the more traditional Chinese custom of gift-giving to generate sales during the festival, Swarovski went for a more progressive, empowering route within this framework.

Verbost is impressed: “I would say Swarovski’s tactic this season was quite unique. This year, rather than encouraging passive consumption, it went another way, encouraging women to buy themselves a gift. In line with a rising movement of female empowerment, this is definitely a thought-provoking campaign.” 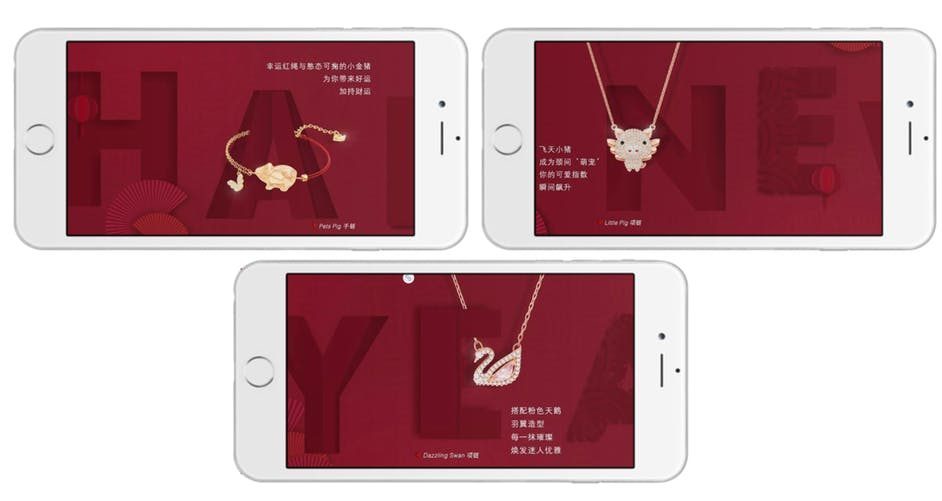 Given the challenges, it’s understandable that many brands have shied away from embracing the lucrative opportunity this festival represents. Verbost acknowledges that some brands remained tellingly quiet during this Chinese New Year’s Celebration by choosing not to promote any specific collection or run a dedicated CNY campaign. But, by failing to engage, it’s not just one annual festival which they are missing out, as she remarks: “I think in these cases, brands like Tiffany or even Lacoste, are sticking to what they know and are good at – namely Valentines Day. But the great thing about this is they have ample opportunity for that with China’s four Valentine’s days!” 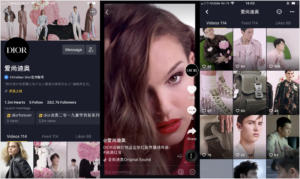 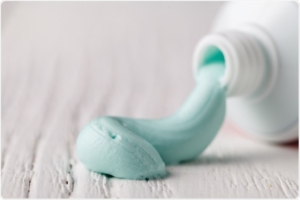