Prospects For Plant-Based Meat In China

Read on to find out what China’s market for plant-based meat looks like today, and where it could lead tomorrow.

Before getting into some of the tailwinds, it’s worth noting that Chinese cuisine already has a number of meat substitutes, like tofu. Tofu-based foods are already commonly seen at breakfasts, lunches and dinners in China. We think this means the barriers for consumers to accept plant-based proteins are lower in China than other countries.

Indeed, even before the COVID-19 pandemic outbreak, China’s market for meat alternatives was on track for strong growth. Euromonitor, a consultancy, estimated China’s plant-based meat market would grow from around $10 billion in 2018 to nearly $12 billion by 2023.

Now, after the pandemic’s outbreak, a combination of food safety, quality and health concerns will push China’s market for meat alternatives. Here’s a snapshot of why:

Combined, these factors will drive increased appetite for changing diet and meat alternatives.

Critically, most domestic players aren’t making burgers and steaks. Instead, they’re instead focusing on local dishes such as dumplings, mooncakes or meatballs, and opting for pork rather than beef flavors.

Both Impossible Foods and Beyond Meat have made a splash in China.  Impossible Foods drew long lines and served tens of thousands of samples, including dumplings, meatballs and sliders at China’s International Import Expo last year. After debuting its products with Starbucks, Beyond Meat has partnered with Alibaba-owned supermarket chain Hema to distribute its burger patties to stores in Shanghai, Hangzhou and Beijing.

However, it remains to be seen whether Impossible Foods and Beyond Meat intended to break out of plant-based meat substitutes for Western cooking, or “stay in their lane”.

Whether pursuing vegetarianism or experimenting with flexitarian dining habits, Chinese consumers will likely have plenty of meatless options to choose from.

What’s particularly interesting about plant-based meat in China is that it marks the intersection of a number of themes in China’s food and beverage market:  safety concerns, changing lifestyles and new preferences.

We’ve seen similar themes in functional dairy and sports nutrition. If you’ve got an interesting food or beverage proposition, talk to us. 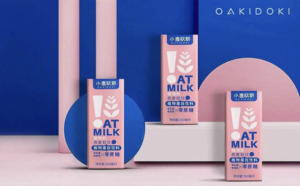